Sportscasting’ is a term coined by Magda Gerber and it involves describing events that someone is observing in a nonjudgmental way: stating facts, rather than our feelings on what is happening (“This is critical, because whenever we judge a child and/or her behavior we create shame, guilt and distance” - Janet Lansbury in “Elevating Child Care: A Guide To Respectful Parenting”). I found out about this term from the above mentioned book.

Let’s take, for example, two children who are fighting over who gets to swing first. The adult notices that they are having an argument and approaches, then puts into words (without actually getting emotionally involved) what the two children are experiencing. He could say something like: “I see that John is trying to climb on the swing, and Lisa wants to have a turn, too. It’s a tough choice. What to do?”, then let the two children problem solve and try to come up with their own solution. Of course, if things escalate and a child is trying to hurt the other, the adult can intervene calmly, but firmly, and say: “Oh, I see you are trying to scratch John’s face. You are angry. But I can’t let you hurt him.” and physically (but gently) remove the child.

It’s important in these situations to be objective and not blame any of the kids involved in the argument. Saying “you took that from him” can make that child feel like the aggressor. It’s better to stick to facts: “he was swinging. Now you have the swing” is more neutral.

Sportscasting gives children an opportunity to become active participants in their own conflicts, and to improve their problem-solving skills. Adults should trust this process and their children’s abilities. Most kids can process what's going on, cope with their feelings, and find a solution independently.

We won't be there to always solve our children’s problems, so giving them the freedom to do that under our supervision will help them in the future. It’s a skill that needs to be practiced. Don't try to fix the situation or tell them what to do.

If, however, children can’t reach a resolution, instead of intervening and doing things for them, give verbal suggestions. For example, a child is trying to open a jar. He gets frustrated when he doesn’t manage to do so. After you have acknowledged his feelings and described what is happening (“You are trying to open that jar, but the lid is so difficult to twist. That makes you frustrated.”), try giving some suggestions “Maybe you could try holding the lid with a towel. It might be too slippery.” (without doing it for him)

Sportscasting can help children regulate their emotions in a healthy way, improve their problem-solving skills, and form a caring and respectful relationship with the adults (not taking sides can help to get rid of a lot of stress). Our role as adults is to trust that the children in our lives are capable of coming up with solutions to their own problems. 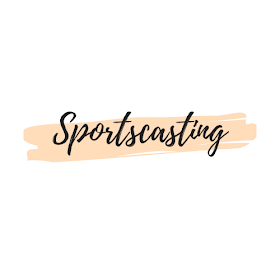